8 Reasons Why You Need To Invest In Cleveland Immediately

The Advantage of Investing in Single-Family Rentals Houses Vs. The Stock Market

“Where should I invest right now?” That’s a question we’re asked by investors all the time as they consider the best places to invest their capital for cash flowing real estate.

One of our favorite locations for an investment right now may surprise you, as it surprises many investors when they first hear it—but keep reading because the reasons make perfect sense…

Most investors expect us to mention some of the headline-capturing locations, like Austin, Texas; Silicon Valley; Los Angeles, California. After all, these are pricey, trend-setting locations—surely someone would want to own property there where all the people are, right? Some of the most popular markets in America have houses that can only be acquired if you have six- or seven-figures laying around or are willing to take out a mortgage on an investment property. And worse yet, the boom/bust economy of locations like Silicon Valley (where your renters might be employed by the latest tech start-up one day and unemployed the next day) just doesn’t make sense.

Many investors are attracted to markets that currently seem attractive. But at American Wealth Builders, we believe in investing in markets that make long-term sense… Even BEFORE they are headline-capturing and attractive to others. It’s an approach that we’ve taken for years, and it’s the reason that we’ve been invested in Cleveland Ohio for more than 15 years. And what we’ve known for more than 15 years is something that other investors are just now starting to realize.  We continue to like the location and are convinced, more than ever, that investors from around the world will find Cleveland a smart place to invest.

It’s not a surprise that, in October 2016, Forbes called Cleveland, “America’s Hottest City”, or that Business Insider listed Cleveland as one of nine top US cities for investment in 2017.

Here’s why we love Cleveland as an investment market…

This means that’s there’s a strong population base and economies of scale, ensuring a good pool of tenants and property management companies.

Reason #2. Cleveland’s blue collar roots. Cleveland is not famous for its tech industry, in the same way that Silicon Valley is, and that’s actually a good thing: Cleveland has been a manufacturing center since it was founded in 1796, and the hard-working, dedicated populous find steady, long-term blue collar jobs and stick with those jobs for years. It’s a stability that attracts smart investors.

Reason #3. Cleveland’s diversified economy contains jobs that can’t be outsourced. Cleveland has expanded its economy and is now home to several industries with US-centric jobs that cannot be outsourced. For example, Cleveland is home to the headquarters of several large firms, NASA has a facility there, and the healthcare industry has a very strong presence.

Reason #4. Cleveland is becoming a cultural hub. When it comes to sports, entertainment, nightlife, and culture, Cleveland will surprise anyone who doesn’t live there. The city is alive day and night with activity and is gaining attention from food critics, thanks in part to its six James Beard restaurants. And, of course, the recent championships by the Cleveland Cavaliers and the Cleveland Indians have helped to elevate the city’s status.Large, steady, dependable, growing. These are very compelling reasons to take a closer look at Cleveland from an investment perspective. And the best part (which is ultimately why we’ve chosen to invest here) are these…

Reason #5. Affordable turnkey investments. While a lot of the top of mind cities like LA might seem like great places to invest, a closer look reveals that their real estate is vastly overpriced, potentially requiring hundreds of thousands or even millions of dollars to acquire an investment. But in Cleveland, a full turnkey rental property—one that is cleaned, rented, managed, and cash-flowing right from the very first day—can be acquired for under $60,000. This enables investors to get in faster and even to invest in more properties for diversification.

Reason #6. Strong yields. A blue collar workforce in industries that cannot be easily outsourced can sustain solid rental prices from $450/month and up. Our investors are seeing anywhere from 8% to 12% annual returns, sometimes more.

Reason #7. Hedging. All real estate provides some form of hedging against inflation and economic pressures because it is a real asset. But in Cleveland, this hedging has an even greater effect because of Cleveland’s size and stable, diversified economy, which insulates it against other types of economic ups and downs, such the impact we’ve seen on Silicon Valley during the tech downturns in 2000 and 2007.

Reason #8. Appreciation. While appreciation should not be the primary goal of a cash flow investor, Robert Kiyosaki calls it, “icing on the cake” and it’s certainly something to enjoy if it’s available. With Cleveland’s burgeoning fame from its culinary growth and from the 2 championships of its sports teams, we’re seeing more attention paid to Cleveland, which attracts new industries, new residents, and new investment dollars, ultimately driving up prices.

At American Wealth Builders, we’ve been investing in Cleveland for 15 years and are continuing our bullish outlook on that city at this time. While often overlooked for more headline-collecting places like Silicon Valley or Austin Texas, Cleveland Ohio is exactly the kind of market that is worth a second look for investors who want a strong, solid economic base AND a place to find affordable, high-yield investment properties.

If you haven’t considered Cleveland as a potential market for your investment capital, give it a closer look now. 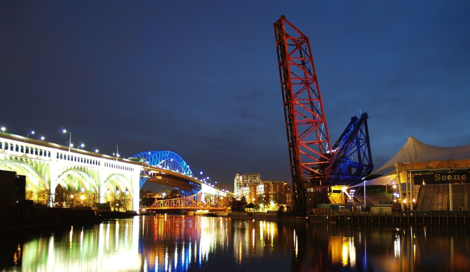 8 Reasons Why You Need To Invest In Cleveland Immediately

Whether you are buying properties to rehab and sell or to build a rental portfolio, Property Redemption Services team of experts can help.

We don't just find deals, we create them.